Skip to main content Home About Living with Sight Loss How We Help Get Involved News Contact
Accessibility
01904 636269
hello@mysightyork.org

MySight York are one of the 27 organisations supporting Reverse the Ban in York. On Thursday 20th October 2022, nearly 100 people gathered for a peaceful protest outside the Mansion House, ahead of the council meeting. Blue Badge access to the city centre was cut by the council, as part of anti-terrorist measures brought in over concerns about hostile vehicle attacks. 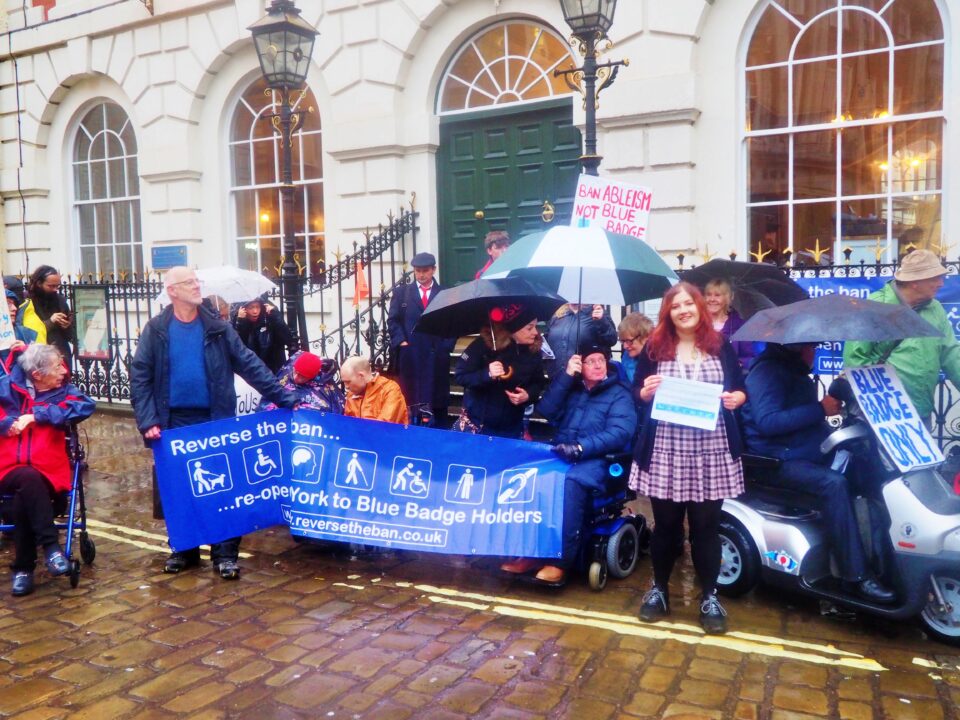 Reverse The Ban York had organised the peaceful protest ahead of the full City of York Council meeting at the Guildhall. Disabled people and supporters (including some of our members and staff) braved the atrocious weather on Thursday evening to mount a peaceful protest.

More than 2,700 handwritten postcards, collected by a coalition of 27 community groups, were handed to council leader Keith Aspden by Labour councillors. Cllr Rachel Melly told the meeting that disabled people needed access to the city centre “to access central services, to shop, to socialise, to work – to live their lives.” 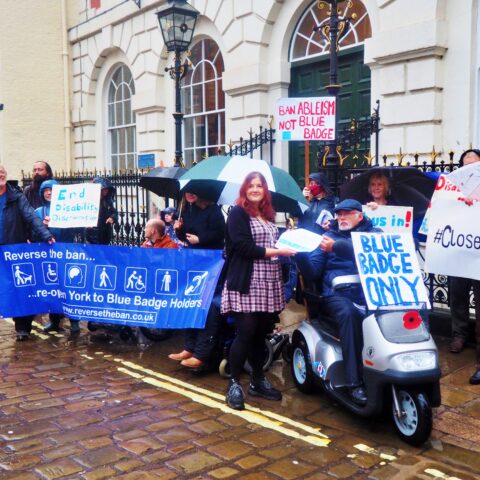 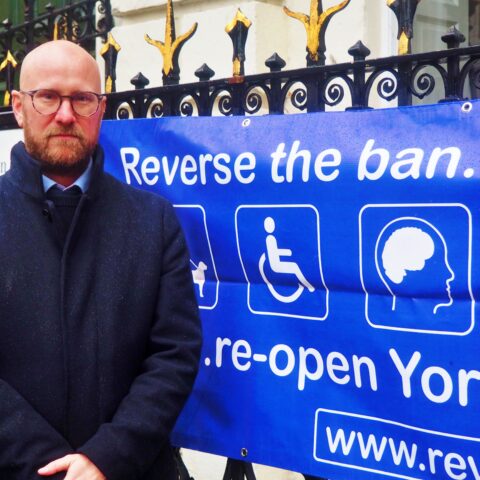 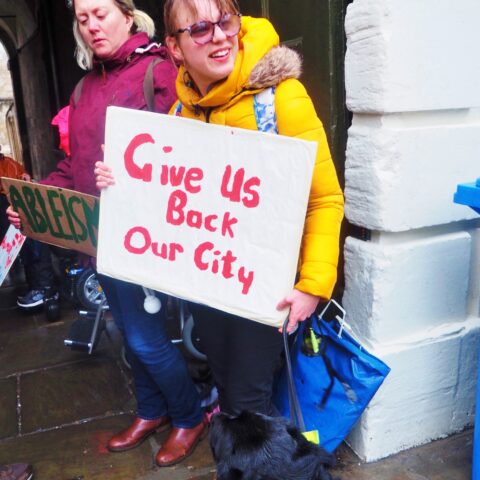 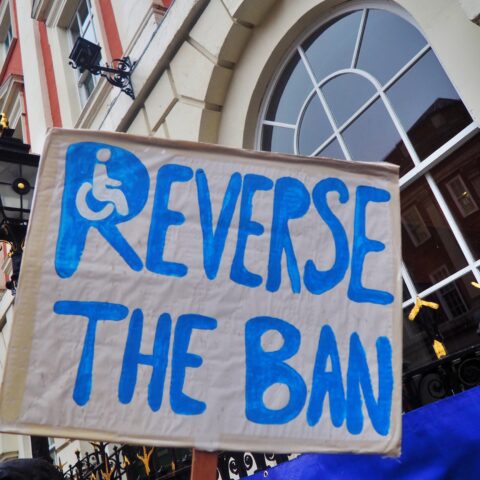 To find out more about volunteering please click below

For more information on other local and national services click below

Back to Posts Back to top